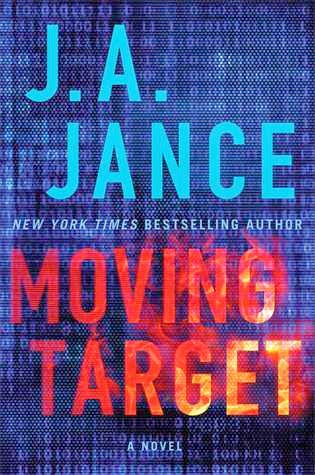 Here is a summary of the book from the Goodreads website:
In this high-stakes thriller from New York Times bestselling author J.A. Jance, Ali Reynolds spans continents to solve a cold case murder and to figure out who wants a young juvenile offender dead.

Lance Tucker, an incarcerated juvenile offender and talented hacker in his own right, is set on fire one night and severely burned while hanging Christmas decorations in a lockup rec room. B. Simpson, Ali Reynolds's fiancé and the man who helped put Lance in jail, feels obliged to get to the bottom of what happened. With Ali off in England to help Leland Brooks at a reunion with his long-estranged family, B. turns to someone else to help out: Ali's good friend and Taser-carrying nun, Sister Anselm.

Meanwhile, in Bournemouth, Leland's hometown, Ali begins to investigate the decades-old murder of Leland's father, which Leland himself was once suspected of committing. With unsolved murders on both sides of the Atlantic, Ali, B., and Sister Anselm are united by their search for answers and the jeopardy they get into as a result.

From the author praised for her "inimitable, take-no-prisoners style" (Kirkus Reviews), Moving Target sends Ali on a trans-Atlantic adventure and straight into the path of a deadly killer.

My Review:
I can't pass up a good suspense novel every now and then and that is exactly what I expected when requesting this one.  Although it did contain action and suspense, it seemed to be a different level of excitement than I am accustomed to from this genre.  The story seems to revolve around young Lance, a young computer geek who was actually tried and convicted for hacking into the school district's computer program.

Lance created a software program assisting him with his hacking abilities that many agencies would like to get their hands on.  If Lance is not willing to give up the program easily, many are willing to do whatever is necessary to obtain the program.  Lance becomes worried not only for his own life, but the lives of his family members, as others who have had access to the program start turning up dead.  He just got out of jail for his cyber crime and now being confined to a hospital bed he has no way to offer protection to his loved ones.

People from different walks of life suddenly show up around Lance, offering help or protection.  He struggles to figure out who he can trust but finally makes the right decisions in the end.  His decisions will set his entire family on a path of financial independence for the rest of their lives.

I don't know why I had a problem with this audiobook.  I listened to the first couple of discs without retaining much at all.  Finally around the fourth disc I found myself enjoying the story, but not loving it.  I muddled through it as I was to a point where I really wanted to know how it turned out, but then the last couple of discs were like jibberish to me once again.  I know I wouldn't have enjoyed reading this one, but I can't say the listening experience was enjoyable either.

With themes of murder, mystery, and cyber crimes, you may enjoy this book much more than I did.  I did find some enjoyment out of it as I didn't give up and wanted to see how it ended.  I recommend this book for personal leisure or as a book club selection for those enjoying the thriller genre.

Disclosure:  This audiobook was provided to me by the publisher in exchange for an honest review.
Posted by Jo-Jo at 7:30 AM

I do like a good thriller but sometimes they lose me when they got into the cyber world with their crime. I've never tried Jance, though, and would like to read one of books.

I find that crime stories on audio are best when the details are kept to a minimum. Too many details and I tune out. I could go an entire disc before I realize that I have no idea what I just listened to.

Sounds interesting but I dont like things to be over detailed. I am dealing with that today with a review I am trying to finish.