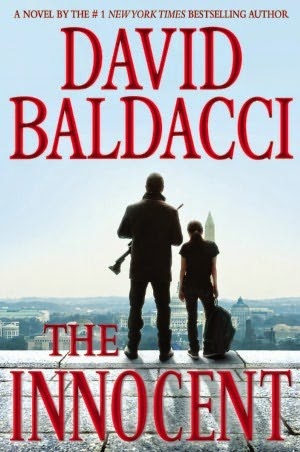 Here is a summary from the Goodreads website:
It begins with a hit gone wrong. Robie is dispatched to eliminate a target unusually close to home in Washington, D.C. But something about this mission doesn't seem right to Robie, and he does the unthinkable. He refuses to kill. Now, Robie becomes a target himself and must escape from his own people.

Fleeing the scene, Robie crosses paths with a wayward teenage girl, a fourteen-year-old runaway from a foster home. But she isn't an ordinary runaway -- her parents were murdered, and her own life is in danger. Against all of his professional habits, Robie rescues her and finds he can't walk away. He needs to help her.

Even worse, the more Robie learns about the girl, the more he's convinced she is at the center of a vast cover-up, one that may explain her parents' deaths and stretch to unimaginable levels of power.

Now, Robie may have to step out of the shadows in order to save this girl's life... and perhaps his own.

My Review:
Baldacci does a wonderful job once again of creating an action-packed novel full of intrigue and suspense.  This is the first book in the Will Robie series and he leaves off in a way that makes the reader want more.  We get caught up in Robie's quest to keep himself, and a young girl that crosses his path, alive.

At the start of the book Robie decides not to finish a job, allowing people to live.  While people are spying on him to verify completion of the job, they realize Robie's hesitance, and decide to finish the kill job for him.  Unfortunately, this also puts Robie's life on the line as he finds himself a new target for the agency he has been employed by for years.

He comes across a young girl who seems to be in quite the predicament of her own.  As the duo flee for safety they find they have something in common, as they are both running from the same assassins.  As they fight to stay alive they learn to work together, solving the clues that could possibly end the madness.

Cassidy did a great job of narrating and there were even some sound effects to keep you on the edge of your seat.  With themes of murder, mystery, and survival, you may enjoy this book as much as I did, especially if you are a Baldacci fan.  I don't hesitate in recommending this book for either personal leisure or as a book club discussion.

Disclosure:  I borrowed this audiobook from my local library for my own entertainment.