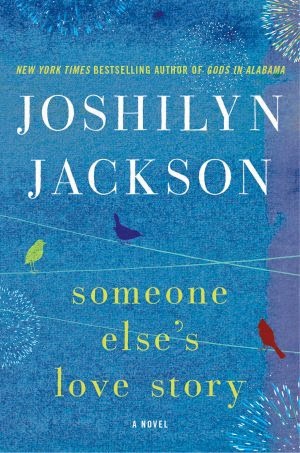 At twenty-one, Shandi Pierce is juggling finishing college, raising her delightful three-year-old genius son Natty, and keeping the peace between her eternally warring, long-divorced Catholic mother and Jewish father. She’s got enough complications without getting caught in the middle of a stick-up in a gas station mini-mart and falling in love with a great wall of a man named William Ashe, who willingly steps between the armed robber and her son.

Shandi doesn’t know that her blond god Thor has his own complications. When he looked down the barrel of that gun he believed it was destiny: It’s been one year to the day since a tragic act of physics shattered his universe. But William doesn’t define destiny the way other people do. A brilliant geneticist who believes in science and numbers, destiny to him is about choice.

Now, he and Shandi are about to meet their so-called destinies head on, in a funny, charming, and poignant novel about science and miracles, secrets and truths, faith and forgiveness,; about a virgin birth, a sacrifice, and a resurrection; about falling in love, and learning that things aren’t always what they seem—or what we hope they will be. It’s a novel about discovering what we want and ultimately finding what we need.

My Review:
Shandi's life as a young, single mom is changing, as she loads all of her belongings to move her and her young son to a new life.  Once she gets there, she will be able to finish college and actually make a living to support herself and her son, Natty.  But, when they make a normal pitstop for gas, snacks, and potty, her life changes in ways she could never imagine.

There is a robbery in the gas station, bringing people from all walks of life together, making them count on each other to survive.  Shandi has always been drawn to older men, so when William Ashe, a fellow victim, with his muscular, solid body, is forced to get very close to Shandi, she doesn't push him away.  She accepts William's help, as his actions may be needed to keep her and Natty alive, but does she feel another kind of bond with this man?

Once the hold-up is over, Shandi finds herself as a part of William's everyday life.  She learns that William was trying to deal with the loss of his wife and daughter, that happened exactly one year before the robbery.  She can't help think that fate drew them together on that anniversary, putting her in his path to help him get on with his life.

This was an enjoyable novel to read as new friendships flourished and mysteries were solved.  Many characters found themselves physically attracted to characters that did not return those feelings.  We just had to wait for events to play out leading our characters to the individuals they were truly in love with.  The title was very fitting in that respect.

Jackson once again created a novel keeping me on the edge of my seat with the suspense of the robbery and the mystery that I will not even start to describe.  You can read the book for that!  With themes of love, family. and friendship, you may enjoy this novel as much as I did.  I don't hesitate in recommending this book for either personal leisure or as a book club discussion.

I really liked this one too - Jackson sure can write a southern story!

I loved Hepinstall's earlier books so I must give this one a try.

As a long-time fan of Joshilyn, I especially appreciate that her writing is getting more accomplished and that she continues to take risks rather than simply coasting along on her own skill and the goodwill of her readers.

This was a very good read. The characters were well developed, there were surprises, and a satisfying ending. I will look for this author again.

As a long-time fan of Joshilyn, I especially appreciate that her writing is getting more accomplished and that she continues to take risks rather than simply coasting along on her own skill and the goodwill of her readers.