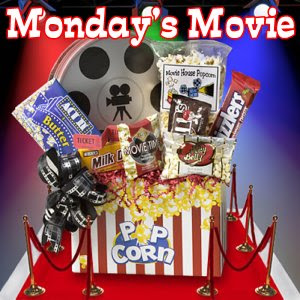 A Novel Menagerie has started a MEME that asks you to post about a movie that you watched the week before. We usually watch quite a few movies over the weekend and it is sometimes difficult to only discuss one. One movie that we watched, which I have decided not to rate or discuss much is An American Crime. This could be the most disturbing movie that I have ever seen. It is a true story that takes place in 1965 and it chronicles the abuse that was inflicted upon a young girl by a caregiver that her parents left her with. I will add that it is not for the weak hearted.

The movie that I do want to talk about that we really enjoyed is Pride. 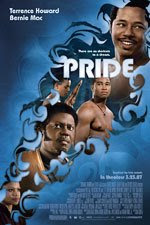 The following is a summary from the MSN Movie website:

A college-educated African-American schoolteacher frustrated by his inability to find a job repairs an abandoned recreational pool hall in hopes of starting Philadelphia's first African-American swim team in this inspirational drama that takes its cue from the true-life story of charismatic 1970s-era schoolteacher Jim Ellis. The year is 1973 and the job market is tight. Jim Ellis (Terrence Howard) may have a college diploma, but despite his education he still can't seem to find a job. An aspiring teacher with a lifelong love of competitive swimming, Ellis determines to take his future into his own hands when he discovers a deserted recreational pool hall in the slums of the city. Though he and kindly local janitor Elston (Bernie Mac) do their best to get the crumbling pool hall in working order, the pair find their benevolent efforts thwarted when the building is targeted for demolition. Little do the forces that be know that Jim isn't a man to quietly lie down and admit defeat; despite the racism, violence, and threats made by an unsympathetic city official that all threaten to destroy his vivid new dream, the man who was once without purpose boldly resolves to recruit troubled street teens and transform them into capable swimmers in time for the upcoming state championships. ~ Jason Buchanan, All Movie Guide

Have you noticed that there is just something special about the energy and storylines that are put into movies that focus on a sports theme? Even if I am not particularly fond of a sport I find myself engrossed in the film. That is kind of how this movie was for me, as I am not a fan of competitive swimming in general, but we were loving this movie! The movie started out with the character of Jim Ellis participating as a member on a swim team. He was part of a swim team but because he was an African-American he was never able to participate in competitions because of the discrimination. Upon completing his college education, he is unable to get a job that highlighted his qualifications in the depressed job market, so he ends up taking a job for the city that is puts him in charge of the clean-up of an old city building that housed a community pool. The building is in a pretty tough neighborhood where some kids get together to play basketball outside, while others complete drug deals. The area seemed to make it very easy for kids to stray down the wrong walk of life. Ellis reached out to a few of these kids and gave them something to strive for and focus on. He created a swimteam for these kids and even though they were able to participate in competitions, you could still see that discrimination was still alive. The team persevered, even though plenty of obstacles were put in their way and went on to be a very successful team. The building that the pool resided in did not get demolished so Ellis went on to coach successful swim teams for many years after that. This was a feel good sports movie that made you happy that the good guys won in the end!

I am rating this one 4 out of 5 bags of popcorn.

I think its a good testament to a sports movie that can hold my interest. I have a hard time watching sports for the sake of watching them...unless its fantasy football season of international futbol is on.

Great review, Jo-Jo. This movie sounds pretty inspirational. I've never heard of it - thanks for bringing it to our attention!