Books That Make Me Go.....Ahhhh 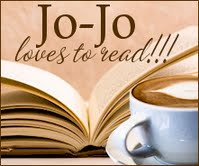 There has been a lot of activity in my life during the month of July so I apologize not posting my notable excerpt.  Hopefully this weeks snippet will make up for it!

This week my notable excerpt is from The World We Found by Thrity Umrigar:
But there was another part of her that wanted her daughter to know-not just the world she had grown up in but to know her, the wars she'd fought and lost, the idealism that she wore like a tarnished shield.  It felt like a dereliction of duty somehow to die before passing on some of this knowledge to her only child.  Because she feared that the world had changed too much, that this new jittery world of global capital and impersonal megachurches would never again nurture the kind of community and optimism that she had known.

I love that quote. That's why I blog and want to learn to write memoir stuff. I love this post's title.

Interesting quote...I'm intrigued by the book now.
Hope you August slows down a bot for you :)

I loved this book! Urmigar has a wonderful way with words!