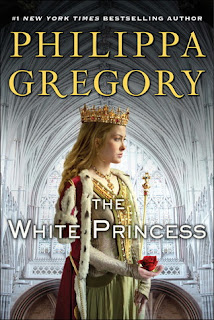 Here is a summary of the book from the publisher's website:
Philippa Gregory, #1 New York Times best­selling author and “the queen of royal fiction” (USA Today), presents the latest Cousins’ War novel, the remarkable story of Elizabeth of York, daughter of the White Queen.

When Henry Tudor picks up the crown of England from the mud of Bosworth field, he knows he must marry the princess of the enemy house—Elizabeth of York—to unify a country divided by war for nearly two decades.

But his bride is still in love with his slain enemy, Richard III—and her mother and half of England dream of a missing heir, sent into the unknown by the White Queen. While the new monarchy can win power, it cannot win hearts in an England that plots for the triumphant return of the House of York.

Henry’s greatest fear is that somewhere a prince is waiting to invade and reclaim the throne. When a young man who would be king leads his army and invades England, Elizabeth has to choose between the new husband she is coming to love and the boy who claims to be her beloved lost brother: the rose of York come home at last.

My Review:
When starting another Gregory audiobook narrated by Bianca Amato, it is like welcoming an old friend back into my life for awhile.  She truly has a way of embracing the characters and bringing them to life.  The story of young Elizabeth was no different, as we find ourselves wishing the best for the young woman who has so many odds stacked against her.

We learn early on of the love affair Elizabeth had with the late Richard III, and realize that her marriage to Henry is a political move to appease her parents.  Henry has fought against everything Elizabeth held dear, her father, family, and even her lover.  He, in some way, is responsible for all of their deaths, but in order to secure his crown, Henry did what needed to be done.

Now that Henry has the crown and a beautiful bride at his side, one would think that he would not feel the threat of betrayal.  But that is not the case, especially with his mother Margaret dictating his every move and somehow controlling his thoughts.  When the possibility of a York heir returning to England arises, everything Henry and his mother have worked for could be lost.

This was a very passionate novel as Elizabeth pines for her lost love, but then also embraces the open arms of her new king and husband.   Just when she thinks there may be hope for a real relationship with her husband, his mother intercedes, reminding him what is at stake.  Since Elizabeth is a York heir herself, her motives can never be trusted.

I think this review sums up the novel pretty good and overall it was an enjoyable experience.  With themes of love, honor, family, and royalty, you may enjoy this book as much as I did.  I don't hesitate in recommending this novel for either personal leisure or as a book club selection.

Disclosure:  This audiobook was provided to me by the publisher in exchange for an honest review.
Posted by Jo-Jo at 7:30 AM