It has certainly been awhile since I have posted any Friday Finds, but I guess not much has really caught my eye recently.  Until this last week that is!

The first one that I want to share with you caught my eye probably a couple of weeks ago, but I just recently read a review over at Laura's Reviews that intrigued me even more is Roses by Leila Meacham. 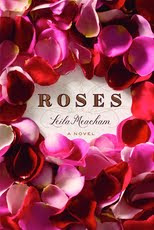 Spanning the 20th century, the story of Roses takes place in a small East Texas town against the backdrop of the powerful timber and cotton industries, industries controlled by the scions of the town's founding families. Cotton tycoon Mary Toliver and timber magnate Percy Warwick should have married but unwisely did not, and now must deal with the deceit, secrets, and tragedies of their choice and the loss of what might have been--not just for themselves but for their children, and children's children. With expert, unabashed, big-canvas storytelling, Roses covers a hundred years, three generations of Texans and the explosive combination of passion for work and longing for love.

The other book that sounded wonderful to me is I Still Have a Suitcase In Berlin by Stephens Gerard Malone.  I have never even heard of this book before but after reading a review over at A Season to Read, I decided that I need to add this one to my list.

Here is a summary of this book from Stephens Gerard Malone's website:

1932 seemed the perfect year to move to Berlin.


Leaving behind a Halifax scarred by war and a country mired in Depression, a young Canadian named Michael Renner turns a family errand to Berlin into a chance to embrace his German roots. Entranced by a capital that is surging in spirit, buoyed after years of crippling humiliation by the rising tide of National Socialism, Michael marries and becomes a father. He even finds success, first taking a job with his father-in-law, auctioning the property of those forced to flee the new Germany, then by managing a punch-card census cataloguing the European Jews.

But the poisonous dogma binding Michael to his new life begins to unravel. While his family and friends reassure Michael that the cruelties of nationalization are a necessity, he strays. Berlin’s legendary sexual underworld, a place where masochistic cabarets mimic the spiralling violence on the streets above, proves to be dangerously irresistible—as does the prostitute Michael turns to for solace.

I STILL HAVE A SUITCASE IN BERLIN is a deceptively subtle story about the way ordinary people slip naively into horror, and how in times of moral chaos, disgrace might be the only place a man of principles can live with himself.

I think both of these books sound great!  So did anything new catch your eye this last week?

I just read Roses and can tell you it's a great find!

Roses has been making the rounds!

Here is my Friday Find: The Wrong Miracle by Liz Gallagher.

I just read Kathy's (bermudaonion) review of Roses and want to read it too!

Those both look terrific! I love the title I Still Have a Suitcase in Berlin. And the cover of Roses is gorgeous -- now I'm excited about reading Kathy's review.

Here are my picks.

Oooh love the Suitcase in Berlin one. I might have to add that to my list. Friday Finds are dangerous!
Alayne
The Crowded Leaf.

I'll have a giveaway up for Roses on my blog in the beginning of January . . . so stay tuned! :-)

I just read Kathy's review, as well. I just started reading it and am in Chapter 1. So excited!

I added Roses to my list after Kathy's review too.