Review: The Cost of Dreams by Gary Stelzer 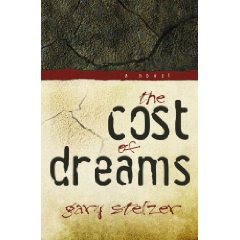 Here is a summary of The Cost of Dreams for Gary Stelzer's website:


This is a tale about the extraordinary fate and survival of a young woman fleeing the cataclysm of civil war in Central America, and about the strangers who risk everything to rescue and mend her.

Kate Bowman, in her mid-forties, travels to Central America with her brother’s favorite son, a tall handsome 22-year-old engineering graduate from the University of Illinois.  Bowman, a wildlife biologist from the upper Midwest, teaches literacy classes in the midst of a three-week long medical aid mission sponsored by healthcare teams from Chicago and California.  The moment Andrew Gustafson sets foot in the village of Talapa, a young Mayan teen named Flora Enriquez follows his every move, enthralled by him.  The small dark eyed girl demonstrates for Kate Bowman that she already reads, taught by a priest two years prior, even inheriting the deceased clergyman’s books.

Andrew quickly discovers his own project, planning and preparing for the installation of a hydroelectric turbine on the village stream to deliver electricity to the remote community in the land of volcanoes.  He declines to travel home with his aunt and the rest of the aid party, insisting on remaining in the dangerous and beautiful jungle highlands.  Sick at heart, Kate boards a plane to return to her home on northern Lake Michigan, terrified for her nephew left behind in a country convulsing in a murderous civil war.

Then the midnight call comes from the aid director in Chicago ten days after her return.   Andrew has gone missing, never to be seen again.  And Kate falls under the blaming cloud of her extended family forever.

Then, some years later, a wretchedly wounded Flora Enriquez unexpectedly reenters Kate’s life, the younger woman having fled the land of volcanoes that erupted in civil conflagration.  The young Mayan, desirous of healing for her horrifying injuries and desperate to restore what remains of her family, reignites a fire in Kate to determine the fate her long lost nephew.

The harrowing journey for the two women on the healing and search mission, and employing a wounded Viet Nam veteran to help them, utterly consumes them.

My Review:
This is a story that takes us along the life journey of a woman named Flora who happened to flee from her country at an early age.  When many of her family members are murdered in her village in Mexico, a group from her tribe, including her brothers, decide to embark on the journey to the United States.  Knowing that they will be entering the country illegally, they hire a guide to help them with the trip.  They have know idea what lies ahead for them and as events take a turn for the worst, they become separated and it will be many years before Flora sees her brothers again.

Flora is able to make a life for herself when she arrives in California.  Fortunately a young family finds her and decides to hire her as a servant to help with the housework and raise their child.  She knows she wants more out of life so she stipulates to her employers that if they expect her to stay on at their home working for meager wages they will have to help pay for her to attend college.  They agree to her wishes and before you know it Flora is graduating with a teaching degree.

When Flora meets Monte, I don't think she really loved him but he seemed to be able to offer her the security that she had never experienced within her lifetime.  They eventually marry and move to a small town in Texas and find themselves raising a family while Flora also gets herself a good teaching job at the local school.  Little does she know that Monte has a brother that follows a lifestyle that tempts the wrong side of the law who will put her life on a path that she never would have expected.

Kate Bowman is a woman who has done some missionary work throughout her life, and many years before she had an experience in Mexico, the very same village where Flora grew up, that left her shaken to the core.  When Flora appears wounded and broken in her small town in Wisconsin, she is amazed that this girl has been put into her life once again.  As she is needed to help save Flora, she finds that she needs Flora just as much to help explain what happened those many years ago so she can finally find some peace in her own life.

This was an interesting novel that kept me turning the pages because I needed to find out how everything was going to turn out.  I do think that some of the characters could have been developed a bit more, especially Kate Bowman.  Even though I enjoyed the story I found that some things were lacking within the novel for me to fully enjoy it.  I have heard many stories of the horrendous journey that many people find themselves on as they try to enter our country illegally and this book brought that to life for me.  With themes of forgiveness, compassion, and survival it made for a very engaging read.

Disclosure:  This book was provided to me by Robin of Carol Fass Publicity and Public Relations, Inc. in exchange for an honest review.

It doesn't sound like there'a a shortage of action in thos one. It looks like an eye-opening journey into illegals and their lives

I enjoyed reading your review of this book. I received a copy too but haven't read it yet. I like the premise of the story and I look forward to reading it now.

This sounds exciting, but compelling characters are generally a must for me in a novel.