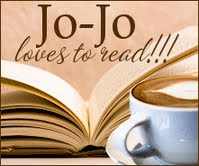 I realize that it has been quite awhile since I have shared any personal information about the going on's in my life recently so that's what I wanted to do today.  My Grandma has been home from the nursing home for a few weeks now and things seem to be going well.  I have noticed that her eyesight seems worse than it did before her heart attack so we have an appointment scheduled next month for an exam.  I'm just hoping that eyeglasses will take care of that.

I can't believe the school year is over!  It seems like just yesterday that I dropped my daughter off at college for her freshman year, and now today we will be leaving to pick her up.  My son also completed his first year of law school and survived!  So congratulations to both Ryan and Vicki for their accomplishments this year!

A couple of summers ago I read the book Wicked by Gregory Maguire and enjoyed it so much I thought I would like to see the musical.  Earlier this week I received an email about early bird tickets for this musical so I snatched a couple up for my daughter and myself.  We are both excited to go to this show in August!

I couple of days ago I FINALLY finished reading Black Hills by Dan Simmons and boy, did that book kick my butt!  I'm hoping it doesn't take as long for me to write my review as it did to read it.  Although it was a very good and informative book, I just found that I wasn't looking forward to opening it every night.

I'm hoping to have more time for reading in the evenings since a couple of my shows have wrapped up for the season.  I really enjoyed Survivor this year and I don't think I'm the only one that is grateful that Russell did not win...what a creep!  Desperate Housewives left us with a little mystery as to the children that were switched at birth, and then Mary Alice's husband Paul returns...to live in Susan's house of all places!  And then Brothers and Sisters.  Sigh.  That season finale was just so sad and I am going to really miss Rob Lowe in the next season.  I must say that I am really getting tired of the whole Justin and Rebecca scenario, so we will see what happens with those two.  But now that those shows are over I can finally start getting caught up on Army Wives!  I've been recording the whole season on my DVR and have only watched the first episode so far.

Well I hope everyone has a wonderful weekend!  Don't forget to enter my contest for The Secret Speech by Tom Rob Smith that ends tomorrow.  I will be hoping to draw winners for that one Sunday afternoon.
Posted by Jo-Jo at 7:21 AM

Enjoy Wicked - I loved it when we saw it a year or two ago.

Thanks for sharing Jo--have a great weekend!

Congratulations to your daughter on her first year of college. The same to your son finishing his first year of law school. As a lawyer, I know how difficult the first year is. I'm sure your son has heard that and it is true. The 1st year is very tough but it gets much easier the 2nd year, which he'll see when law school starts up again!

I am sure you and your daughter willl have a wonderful time seeing Wicked, it's awesome you got tickets. I actually didn't realize Wicked is a book!

It's too bad you didn't totally enjoy Black Hills but it's good you finished it and I'm looking forward to your review. I don't know why but I have no interest in that book...yet anyway. I'll see how I feel after your review.

I hope your Grandmother is feeling better and that eyeglasses clear up her sight. Good luck with the eye doctor appointment.

It's so disappointing that Brothers & Sisters is finished.:o(

Have a great weekend!

It's been a great year for your kids! Our son will graduate from college after the first summer session. I'm thrilled that we're through paying tuition, but I'm also sad that that part of his life is over already.

Congrats to your kids on finishing their first years!

It's tough to read a book that you don't look forward to. Those are the kind that I usually set a page limit to decide if I'm going to give up.

I am a Brothers and Sisters fan too - lots of drama for one family but I am still drawn to it each week!

Wicked is a GREAT show - I was blown away by the sets, costumes, everything - enjoy!!

I will be reading Black Hills with a close friend so I hope that will be enough to get me through it. I've heard that it's long and drawn out.

I loved The Terror but thought Drood was about 200 pages too long. So we'll see how Black Hills works for me.

Congrats on the kids both doign well this year.

LOVED Survivor and have always liked Sandra, even though she didn't do too much.

I saw Wicked a few years ago and had a fab time. I'm sure the two of you will have a nice time. Grab a bite to eat after too. Take care and glad your Grandmom is doing better :)

I always enjoy reading about the blogger behind the reviews - thanks for sharing!

We saw Wicked several years ago and it was great fun. I'm the opposite of you - I've had the book sitting at home since I saw the play. I have heard that the book is much more dark so you may not recognize it!

As for Survivor - I was a big fan of Russell's game in the previous season and thought he should have won that one. But this time around, I felt Parvati got robbed. She was the best player. I love Sandra but, just as Russell's game misses the Social component, Sandra's misses the Physical component. Parvati had the strategy, the challenge victories and certainly the social game.

No more Amazing Race, Survivor or Lost on the DVR. On to Breaking Bad, Deadliest Catch and Friday Night Lights!

I was rooting for Parvati to win too, but win Sandra burned Russell's hat that earned her the win in my book ;)

sounds like there are changes afoot on the home and reading fronts. Glad to hear grandma is ok!