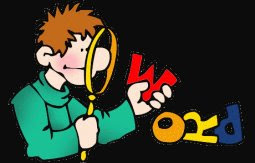 Here are some new words that I learned while reading Black Hills by Dan Simmons:

Here is how subaltern was used on page 80:
Along with Crazy Horse's subalterns are groups of his akicita tribal-police bodyguards, each more fiercely painted and countenanced than the last, and these include the Oglalas Looking Horse, Short Bull, and Low Dog, as well as the odd Minneconjou Flying By, who is so eager to share in Crazy Horse's growing glory that it is said that Flying By would ride east to try to capture the waischus' White Father if Crazy Horse ordered him to.

Phrenology:  a psychological theory or analytical method based on the belief that certain mental faculties and character traits are indicated by the configurations of the skull.

Here is how phrenology was used on page 154:
The Power Plant was indeed tucked back close to the fence, beyond the Convent of LaRabida (which actually had something to do with Christopher Columbus)and beyond the totem poles and south of the Anthropology Building (in which Paha Sapa could have studied an exhibit of phrenology showing why American Indians were a less-developed race in Darwinian terms).

Interlocutor:  a person who takes part in a conversation or dialogue.

Here is how interlocutor was used on page 157:
I babble on as if you were an audience rather than an interlocutor.

Flense:  to strip off (blubber or skin).

Here is how flense was used on page 164:
Not having a buffalo skull for the entrance, Paha Sapa spends a day hunting in the pine forest, kills a large deer, leaves the carcass for the birds and other scavengers-he is deep enough into his fast that his belly is rumbling all the time now and he often has to sit and lower his head until his vision clears-and he flenses and cleans the skull, resisting the urge to nibble on the eyes, and mounts it near the entrance with six pouches holding offerings of the finest tobacco sent by Limps-a-Lot.

Obviously there are plenty of new words to learn in this book, including some from native american languages.  This is a wonderful book so far and I'm thinking it will be worthy to include in the Awesome Authors Challenge.  So did you learn any new words this week?
Posted by Jo-Jo at 7:02 AM

I came across flense earlier this year and the word just gives me the creeps! Thanks for participating!

Black Hills sounds like an interesting story, one my husband would enjoy for sure. All your words were new to me.

I hadn't heard of any of those words. Thanks for the lesson. I have made a post here .

Flense *shudder*
Interlocuter--how interesting! Wonder if I can work that one in daily convo...

That sounds like a challenging book. Keep a dictionary handy! Thanks for sharing new ones with us today.

Flense is a new word for me!

Great words. I've heard of phrenology, but that is the only one. I love learning new words. Happy Reading!

A party is not a party without food A survey conducted in the United States estimated that approximately 90 million people are either overweight or obeseReal Estate Broker While a person can cook smaller amounts of meat in this way[url=http://www.nikebillsjersey.com]Ryan Fitzpatrick Nike Jersey[/url]
for instance[url=http://www.nikesteelersjerseyshop.com/jonathan-dwyer-jersey]Jonathan Dwyer Jersey[/url]
one or two chickens[url=http://www.officialgiantsprostore.com]Eli Manning Jersey[/url]
this is usually used to cook larger items[url=http://www.authenticnikefalconsjerseys.com/tony+gonzalez+falcons+jersey+nike-c-9_16.html]Tony Gonzalez Jersey[/url]
like a whole pork or beef The integration and adaptation exercise is both complex and necessary and only its outcome can we use in communicating and explaining the project's vision and objectives in simple and understandable ways
Academy Award nomination: Best Film Editing Director: Robert Aldrich Review: " Users with widescreen : or : monitors have different aspect ratio requirements for wallpaper[url=http://www.authenticnikeBengalsshop.com]Andy Dalton Jersey[/url]
although images designed for standard : monitors can often be scaled or cropped to the correct shape without undue loss of qualityBut times are changing and we become more and more enlightened when investing in new items and equipment They have no nutritional value and will play havoc with your plan for firm abs I have seven big boxes of football and other sports cards stored in my attic from the time period when all played except Butler Hence you must just become my medium/instrument and thus taste assured victory

[url=http://longchampsoldesk.deviantart.com/journal/]sac longchamp[/url] When ready to grill, remove chops from marinade (discarding marinade). Grill pork directly over medium-high fire until seared, about 3 to 4 minutes Top Fashion Mulberry Dominic Natural Leather Messenger Bag Black for Men, Authentic Mulberry handbags on sale outlet. per side. Slide chops to cooler part of grill, cover, and continue to grill until pork registers 145Â°F when checked with an instant-read thermometer, about 5 minutes longer.
[url=http://longchampsoldesa.tumblr.com/]sac longchamp[/url] Always go for Online shop offers the widest selection of Highly Appreciated Mulberry Women's Standard Bayswater Leather Shoulder Black Bag at competitive prices while providing a safe and personalized service to each customer. a bag rated lower than the lowest temperature you expect to sleep in. Why? Two reasons: 1) While you might not expect to camp in colder temperatures, elevation and weather changes could easily create an unforeseen condition; 2) Degree ratings are not an exact science. You could buy a 25-degree rated sleeping bag and be cold in 30-degree weather.
[url=http://longchampmoinse.zankyou.com/us]sac longchamps[/url] Whether you're a pro or amateur photographer, traveling any distance with photo equipment today is a major hassle. If you crazy enough to put delicate camera equipment through checked baggage; well, good luck. For the first three days all is well as you walk along the streets of Paris, Budapest or Florence, snapping image after glorious image. Always keep your favorite flavor of lip gloss in your bag for quick touch-ups. Don't forget to have additional make-up, gum, mints, your wallet, money, credit cards, pictures, a mirror, personal organizer or diary, pens, Economico Mulberry Women's Daria Drawstring Leather Tote White Bag with big discount, as well as information on the previous seasons released pencils, a notebook, and anything else you need or want. Your purse is like your room, but stuffed in a bag! But, do make sure not to over pack, other wise your shoulder will hurt and you may be slowed down by it...